What role do they play in marine biodiversity?

What are the challenges in the face of climate change?

A mangrove is a group of vegetation composed mainly of mangrove trees, trees with aerial roots called “stilt”, which bathe in brackish water, a mixture of fresh and saltwater.  They develop on the coast near estuaries, in the tidal range. They cover 75% of tropical coastlines, and are spread over 5 different continents: North America, South America, Asia, Oceania and Africa (1). Through its overseas departments, France occupies 91,000 hectares of mangroves, which makes it the 29th largest mangrove country in the world.

Mangroves are one of the most productive ecosystems on the planet.

At the land-sea interface, these marine forests provide habitat, food, spawning and nursery grounds for a wide variety of organisms: algae, mollusks, crustaceans, and coastal fish, etc. They also allow the development of larvae and juveniles of many species of reef fish, which then reach the open sea as adults. Some terrestrial species also come to feed and hide in their mudflats like birds (like the grey heron or the kingfisher in the mangroves of Mayotte) (2). They are also a privileged egg-laying site for certain species of turtles: the coasts of the Democratic Republic of Congo host for example the olive ridley turtle (Lepidochelys olivacea, 96% of nests) and the leatherback turtle (Dermochelys coriacea, 4% of nests) (3). 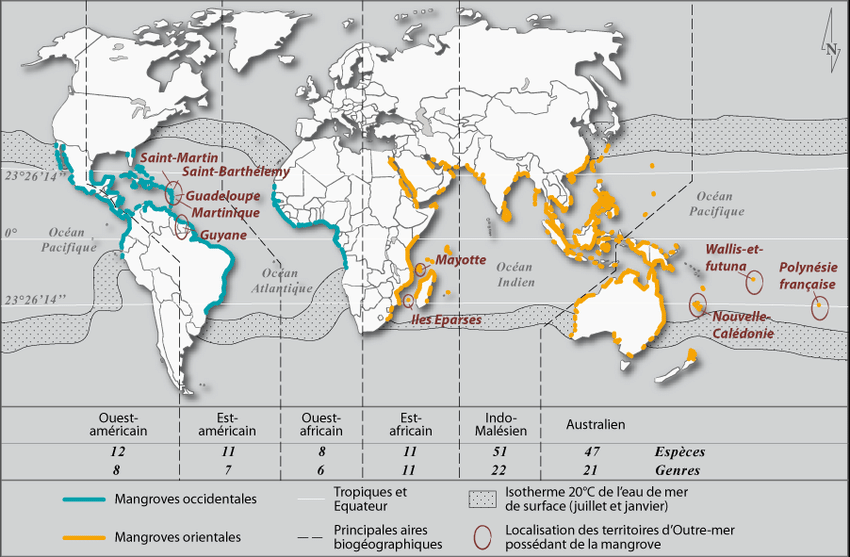 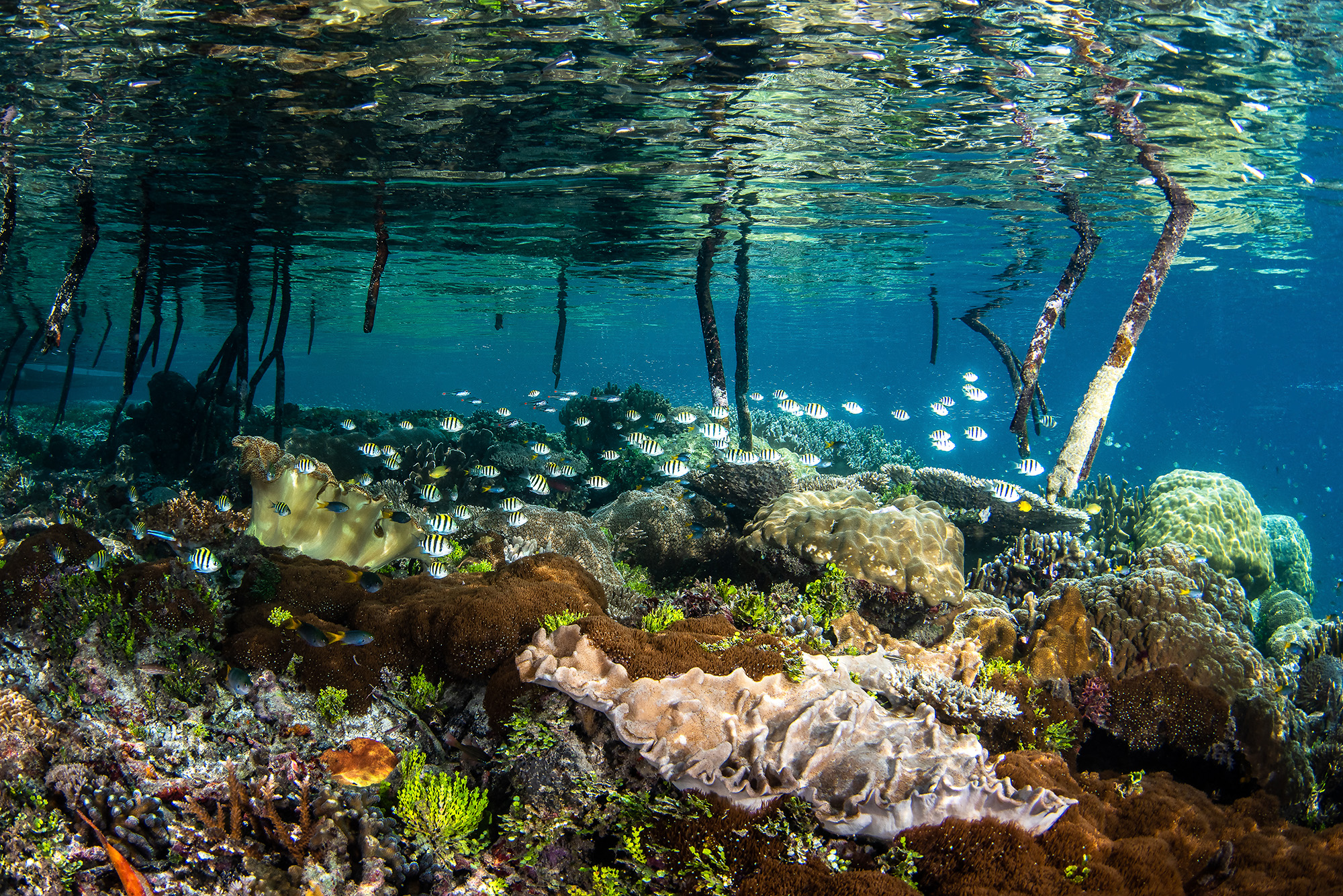 They are also the first line of defense for coastal communities against storms, floods and hurricanes. They reduce wave and wind energy but also slow down coastal erosion. In its 6th assessment report (published in 2022), the IPCC recalls that with the worsening of climate change will come an increase in the intensity and frequency of extreme events (cyclones, floods, drought). The ability of mangroves to mitigate the consequences of these events is therefore vital for tropical coastal populations (4).

Areas covered by mangroves are important carbon sinks: they trap in their soil sediments up to 4 times more carbon per hectare than tropical rainforests (5). When healthy, they are also able to store nitrous oxide (N₂O), another greenhouse gas 270 times more potent than CO₂: by stabilizing the amount of these gases in the atmosphere, it plays a key role in climate change mitigation.

Destruction of mangroves, causes and consequences.

However, these habitats are regressing at an alarming rate: 20 to 35% have already disappeared since the 1980s.

The cause ? The generalization of human activities both on the coast (urban and tourist development, intensive aquaculture, overexploitation of wood, fish, crustaceans and shellfish) and inland (intensive agriculture, mining, deforestation, etc.) (6).

The balance of these ecosystems is disturbed by agricultural runoff and sewage, which greatly increase the amount of nitrogen in the estuaries when they reach the coast. Mangroves can then become net emitters of N₂O (7). Furthermore, an estimated 10% of GHG emissions associated with deforestation would be related to the intentional destruction of mangroves, which releases CO₂ and other GHGs trapped in the sediments. These phenomenons participate in the retroactive loop of climate change, and thus aggravate the global warming of our planet. In the longer term, their territory are likely to be strongly reshaped by rising water levels, temperature changes (air and water), and depending on their resilience to extreme climate events.

The consequences of mangrove destruction are numerous and worrisome. Studies have shown a direct link between the degradation of mangroves and the decrease in surrounding fisheries resources, which could lead to greater food insecurity for surrounding populations (8).

In the Gulf of Mexico and the Caribbean, Sargassum (brown seaweed) blooms have been directly linked to the destruction of mangroves on the Brazilian coast, much further south. Nutrients carried by large rivers, previously filtered by the mangroves, flow out to sea and feed the algae which then form large drifting rafts. Once deposited on the coasts, the sargassum decomposes and rapidly produces (within 48 hours) hydrogen sulfide (H₂S) and ammonia gas (NH₃), in mechanisms comparable to those of green algae in Brittany. These gases are toxic for both humans and biodiversity (9).

In their synthesis published in 2022 (10), J-P. Gattuso (director of research at the Villefranche sur mer-Sorbonne University oceanography laboratory) and P. Williamson (University of East Anglia) warn of the limits and dangers associated with the indiscriminate restoration of these habitats. The process of artificial replanting is complex, rarely sustainable, and with an uncertain total climate balance: in particular, the mobilization of sediments from a bare or deforested area could lead to the release of large amounts of methane and N₂O into the atmosphere.

While waiting for methods to quantify the carbon actually sequestered, and for robust replanting techniques, it is urgent to protect natural mangroves -and their ecological functions- by preserving their conditions of existence, necessarily decreasing the impact of our societies on these habitats. 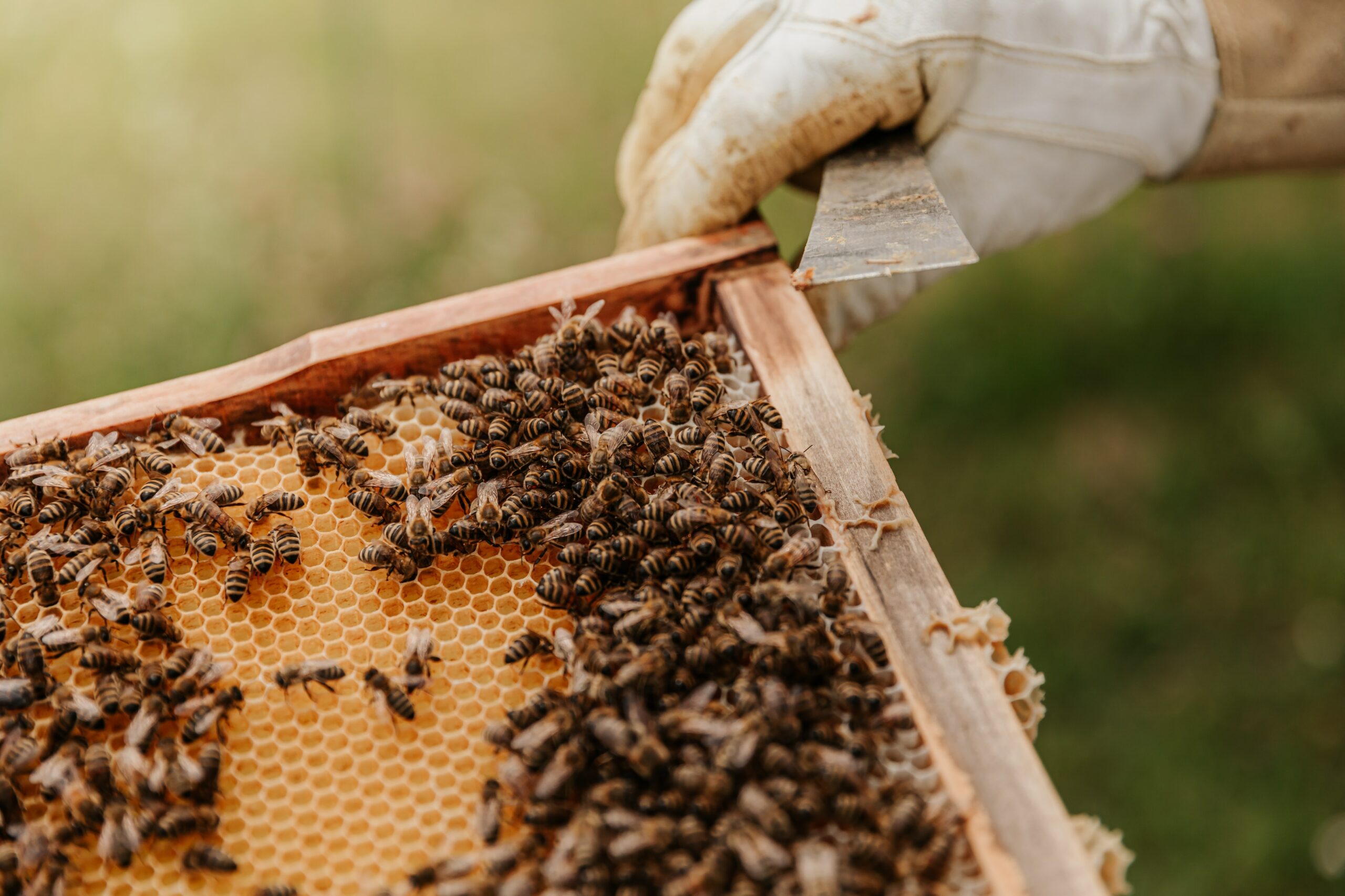 ⇒ An example of a project aiming to protect mangroves: the Mangrove Beekeeping project supported by Pure Ocean

The Mangrove Beekeeping project, supported by Fundacion Mundo Azul aims to install a sustainable beekeeping industry in the Caribbean mangroves of Guatemala. With a strong territorial anchorage, this initiative aims to bring a direct economic value to these natural spaces (by the production of honey), and thus to involve the local populations in its preservation and the fight against deforestation projects.

(6) Responses of ecosystem services to natural and anthropogenic forcings: A spatial regression based assessment in the world’s largest mangrove ecosystem https://www.sciencedirect.com/science/article/pii/S0048969720305143

Pure Ocean announces the opening of its 4th Call for Projects