The Vendée Globe, you win it or finish it, the rest is literature.

I am convinced that it is too late to talk, we need to act.

The Vendée Globe is a solo race around the world, non-stop and without assistance

During three months, the competitors have to cross emblematic waypoints like the three famous capes: Cape of Good Hope (South Africa), Cape Leeuwin (Australia), and Cape Horn (Chili). This long journey starts in the harbour of Les Sables d’Olonne in France, goes down across the Atlantic to then cross over to the Indian Ocean via the Cape of Good Hope. From there, across the Pacific Ocean before reaching Cape Horn, then up the Atlantic along the South American coast crossing back to Les Sables d’Olonne. The Vendee Globe path is more than 24 000 nautical miles long (40 000 kilometers).

Sébastien Destremau is one of the 33 skippers taking part in this fabulous adventure. On his sailboat named “merci” (French word for “thank you”), he won’t be on a frantic quest for speed. His round-the-world trip is placed under the sign of gratitude. But it is also a race against the climate emergency and against the destruction of biodiversity. He wants to say thank you to the Ocean and do what he can for its preservation.

For this Vendée Globe 2020, he has chosen to partner with PURE OCEAN, raising funds to finance research and innovation for the protection of the Ocean, because there is an urgent need to act now.

And hep me raising funds, thanks to the crowdfunding Merci x Pure Ocean! 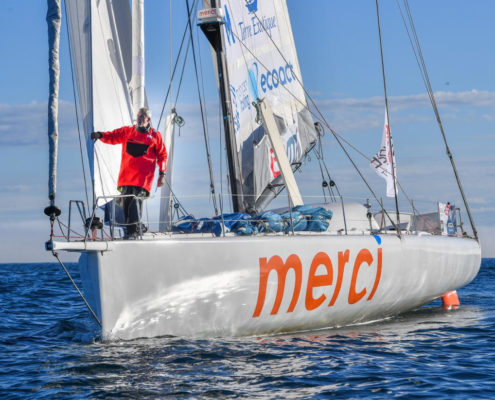 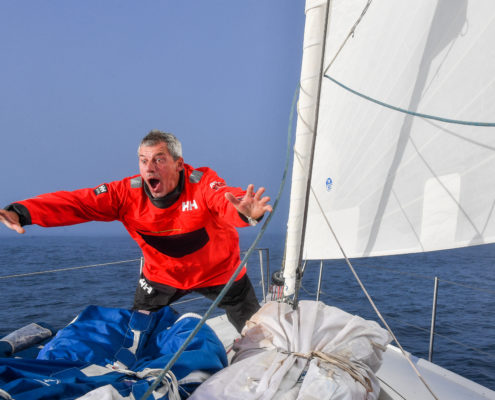 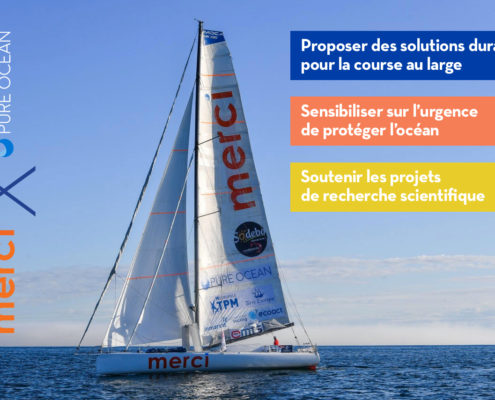 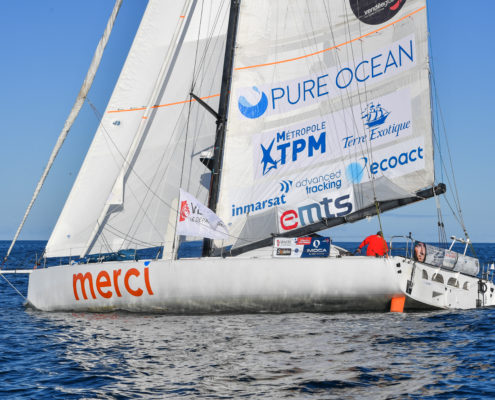 We are talking about Sébastien Destremau: