BERMUDA LORIENT – DEFI PURE OCEAN: JP54 CREW IN THE MIDDLE OF A STORM!

After leaving Bermuda in magnificent conditions, the JP54 crew has been hit by a storm on the 5th day of the race.

While the crew were badly battered by the storm and are now tired, a lull seems to be looming on the horizon. The crew will finally be able to rest.

Through one crew member’s account, we can see that the crew is working hard to complete this adventure, to meet this challenge and to raise funds for ocean scientific research.

Pure Ocean would like to thank the crew members for their involvement in this challenge, which has never been better named:

Tuesday 10th May 7:30 pm
We have just lived 24 hours of hell. The boat inside is a mess, the rubbish bin ripped out? Clothes spread everywhere, dirt. Yesterday afternoon we dropped the black 320m2 spinnaker and tacked and started to head north upwind.

At this speed the apparent wind is the sum of the wind and the speed of the boat, so on deck it felt like a gale, although the wind was not as strong as before. The waves were high and irregular, the boat was at a very steep angle and with each wave it fell back, hitting the water in a frightening way: I had the impression that the hull was being rammed and that it was bound to give way.

Because of the angle and the disordered movements, it’s very difficult to move, you have to hold on with your hands all the time, you’re bent over all the time to resist gravity, and you’re thrown around unpredictably. If you let go of your hands for a moment, for example to get dressed, you can be thrown against a wall. At the helm you can fall, slip and end up on the other side of the boat in front of the other helm.

In the bunks you are crushed against the side wall. Everything is wet, we wear foulies and boots, but the water gets in through our faces and necks, through our sleeves, and even through our boots when I found myself kneeling in a trunk full of water to get a sail. When you take over the watch, it takes a long time to get dressed, you brace your back against a wall. It’s useless to put on dry underwear every shift, you’d have to change every 6 hours and you’d use up the dry clothes reserve, so you put back on what’s wet, or you rest without taking anything off. Finally I’m better off outside: you can see the waves, the speed, the wind. Despite the wind and the cold, it’s exhilarating, whereas inside, it’s desolation, you feel miserable, and impossible to tidy up or clean.

This morning we saw dolphins, about fifteen of them, around the boat! We save electricity drastically, we don’t use the autopilot anymore, the winches have been switched to manual mode, we only turn on the computer occasionally.

It is raining. We couldn’t make a hot meal for 24 hours, the pitching and shaking made it impossible to use the stove and kettle.

Now there is a lull, which was expected, which allows me to write the diary. We turned on the generator, put it away for a bit.

Follow the race in live thanks to our interactive Advanced tracking map which is updated in real time! 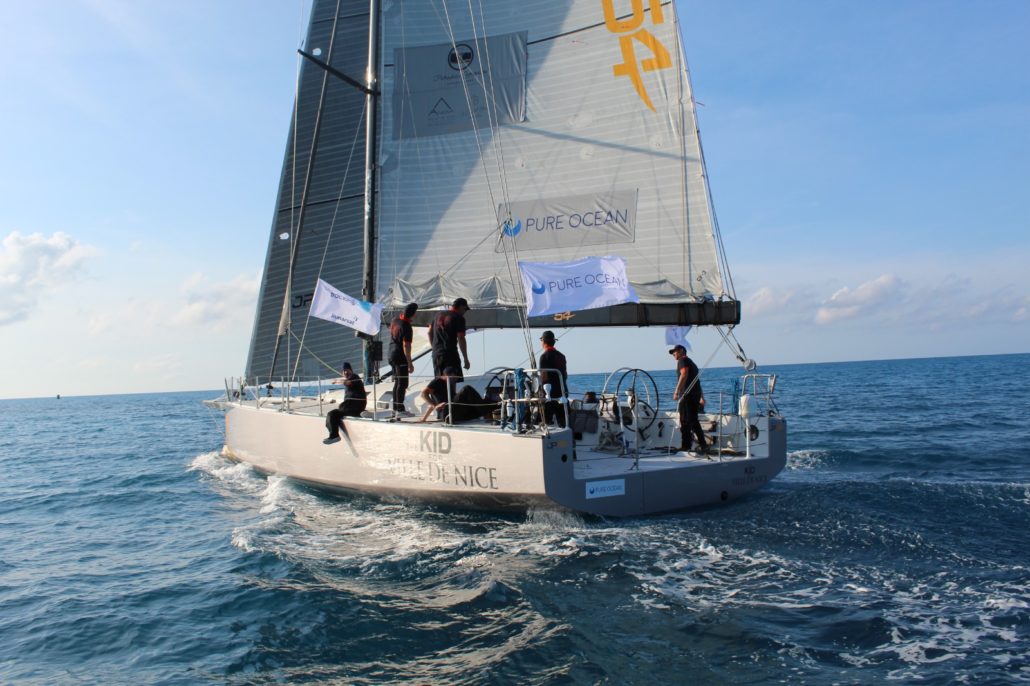