The region is located in the critical transition zone between the Atlantic and the Arctic Oceans and is adjacent to deep convection zones in the Labrador Sea that are very important to global climate dynamics.

The region is also home to the world’s southernmost Inuit communities in Nunatsiavut. A predictable marine environment is important for food security and the preservation of Inuit culture.

However, this region is undergoing important climate-related changes, including an increase in temperature of 2°Celsius since 1993 and 75% loss of sea ice since 1969.

Eric Oliver, at the head of this project published in 2018 an article in Nature Communications (a major scientific journal) that reveals alarming numbers on heat waves in the marine environment. It shows that due to global warming, the frequency and duration of marine heat waves increased by 34% and 17% respectively between 1925 and 2016. Such conclusions and the understanding of the resulting impacts come from long-term datasets as well as modeling carried out by the research teams. This is why a regular, qualitative (with many different sensors other than the water temperature) and long term monitoring is of major importance. Especially in areas such as the Canadian Arctic which is a carbon sink and is suffering from acidification and high-speed warming.

This project will establish regular oceanographic monitoring, through a voluntary observing ship which serves several communities along the coast and transits a range of environments including estuaries, arctic fjords and open ocean coastline and shelf zones.

Physico-chemical measurements will be made in the ocean regularly and will allow the understanding of past changes to anticipate future changes. This data will help scientists and the government establishing a regional protection strategy and anticipate the consequences of climate change.

The program promises to inform our understanding of past and future marine climate change and will help local government with their plans for marine management and adaptation to climate change. 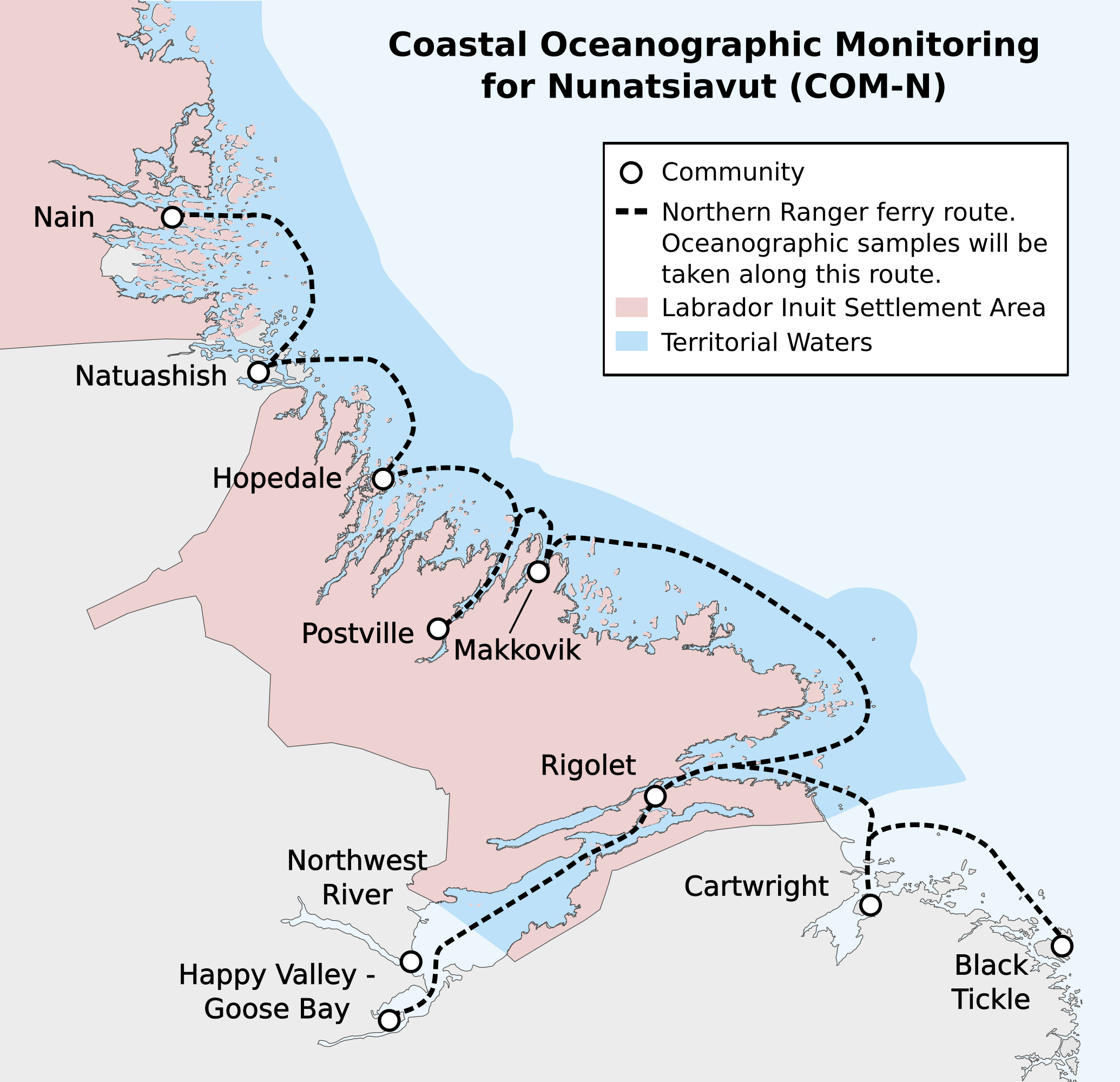