PROTECT THE ECOSYSTEMS AND RESTORE BIODIVERSITY 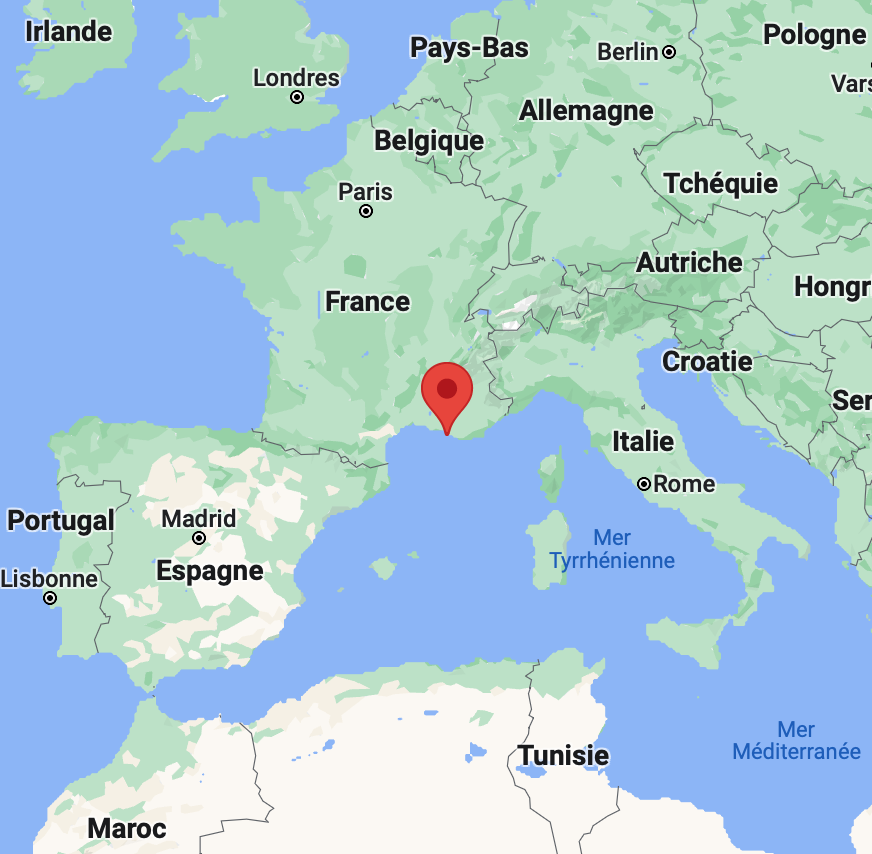 Marseille and the Frioul archipelago, France

The repeated anchoring of yachts impacts the seabed: in the Mediterranean, this practice contributes to the degradation of the precious Posidonia meadows. The Floating Reef project aims to develop an eco-designed and sustainable subsurface buoy. The multiple attachment surfaces of this biogenic buoy-reef, floating in the water column, will provide an ideal refuge for local plant and animal species. Combining 3D printed biopolymers and reused materials, this low carbon impact concept could be easily replicated worldwide.

The stakes of posidonia meadows conservation

In the Mediterranean, the sites most frequented by yachts are seeing an increasing degradation of the precious Posidonia meadows, under the influence of individual anchoring systems. The regrowth is very slow: the meadow extends horizontally only a few centimeters per year, and vertically one meter per … century. As a result, 10% of Posidonia meadows have already disappeared in recent decades.

However, these habitats are among the most productive on the planet, and of great biological diversity: although they represent less than 3% of the Mediterranean surface, 30 to 40% of species depend on them for all or part of their life cycle.  They also provide a large number of ecosystem services: they support marine life, oxygenate water, fix sediments and large quantities of carbon in their root network (the “matte“), and protect the coasts from erosion by attenuating swell and forming “banks” on the beaches. Fishing resources, climate change mitigation, protection against extreme events, heritage, cultural and tourist value…: the economic value of the already-disappeared posidonia beds is estimated to ~4 billion euros per year.

The installation of permanent “ecological moorings” is an effective solution to avoid the use of individual anchors, but most of them come from the petrochemical industry and require regular maintenance to resist UV rays and fouling. The Floating Reef project aims to develop a more ecological and sustainable biomimetic mooring buoy: designed in biogenic material and 3D printed, its structure will serve as a refuge for various local species. No maintenance would then be required and each buoy could last for several decades. Eventually, several of these buoy-reefs floating above the seabed would be deployed in the same area to create an educational underwater pathway to raise public awareness of biodiversity preservation. This concept would be replicable all over the world. A scientific follow-up is also planned to measure the effectiveness of the buoys over the long term.

Phase I: the engineering developments

The artificial floating reef was initially designed in 3D printed concrete, thought to imitate the internal organization of Ascon sponges. This biogenic structure was to maximize the surface area colonized by marine life, while ensuring its viability (gas exchange, nutrient supply, etc.). 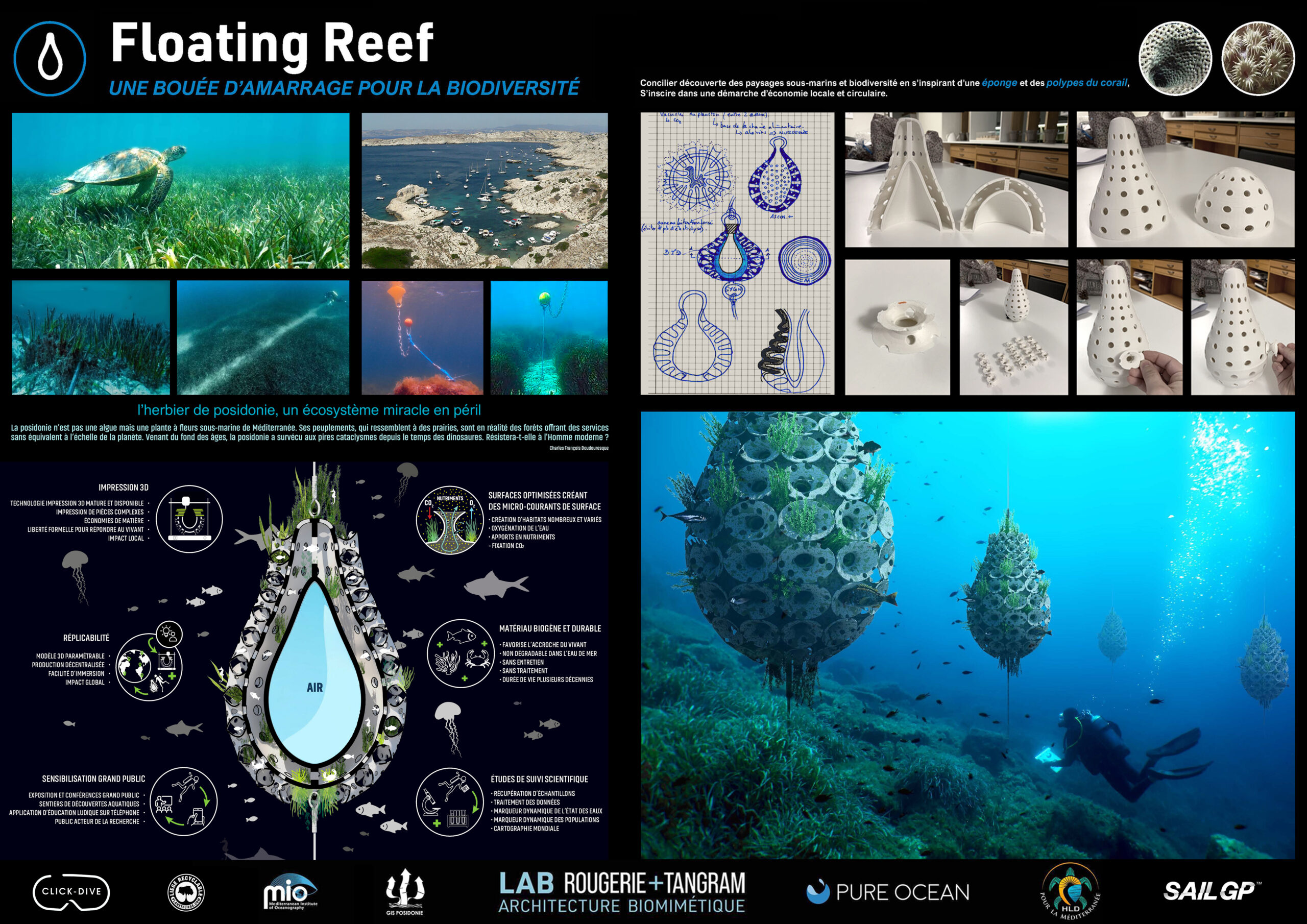 A second engineering phase led the architects to lighten and simplify the concrete structure for a metal frame sphere. The buoyancy of the structure is ensured by corks contained in an assembly of nets from reused local fisheries waste. Modules inspired by Mediterranean coral polyps allow gas and nutrient exchanges with the surrounding habitat, providing hiding places and shelters for small invertebrates and fish juveniles. 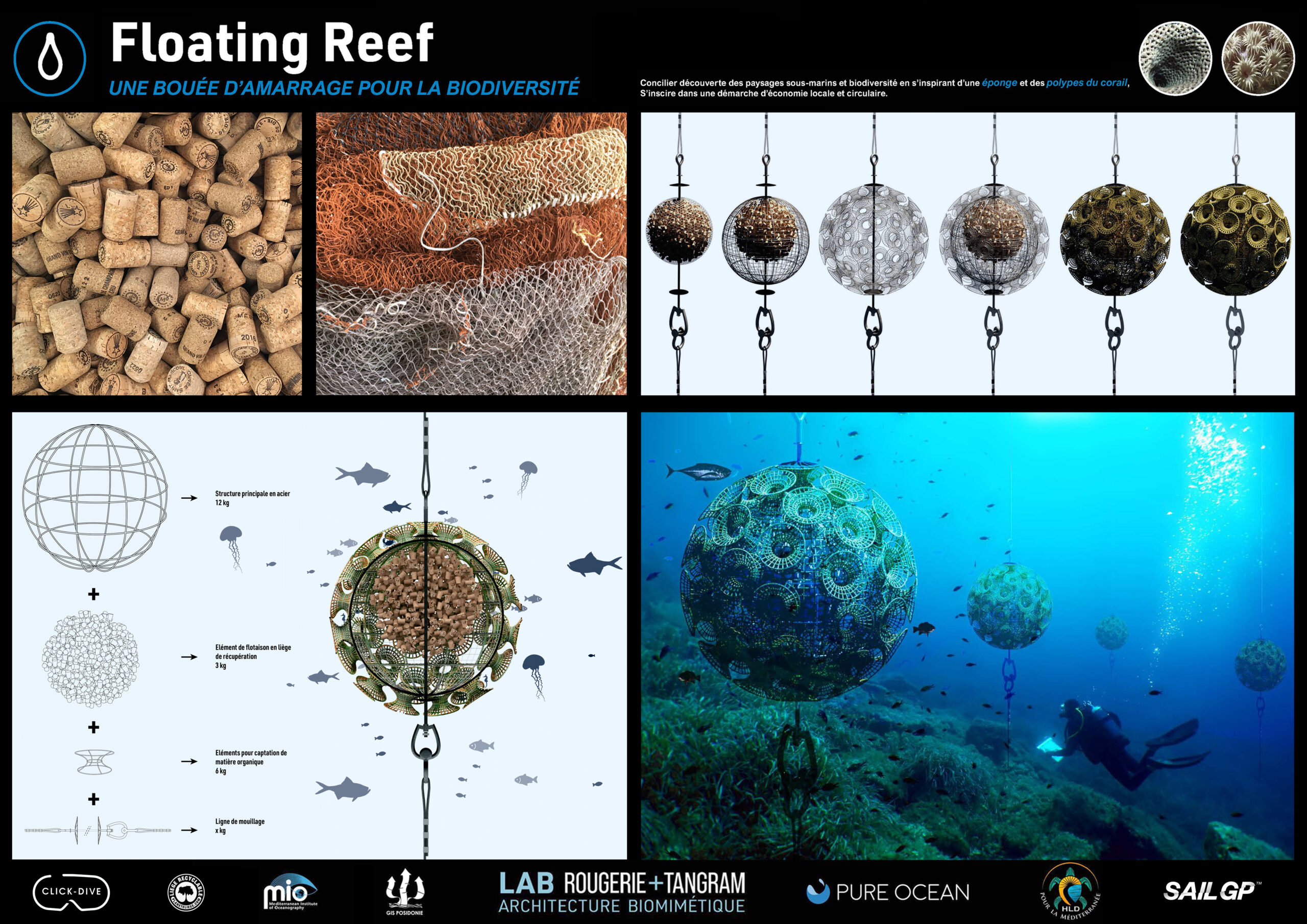 The final developments further lighten the Floating Reef by replacing the metal structures with 3D printed biopolymer modules. The corks are now housed in multiple modules, with an assembly system that solidifies the entire structure while allowing water to flow through the reef. 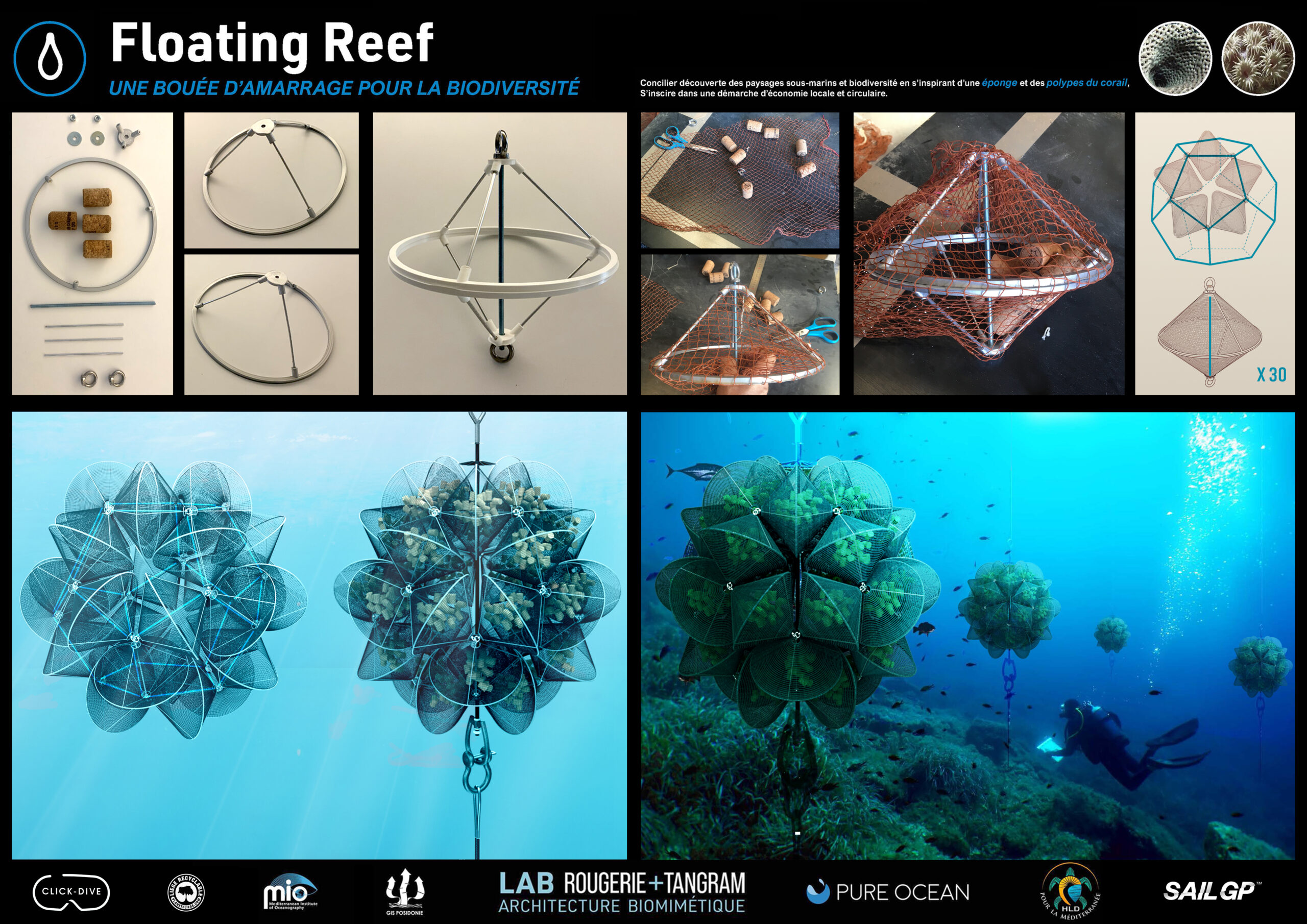 Phase II: monitoring the return of biodiversity around the reef

The first prototype of the Floating Reef was unveiled in early September 2022 in St-Tropez (France).

The scientific monitoring of the dynamics of colonization of the reef and the repopulation of the surrounding posidonia beds will be able to start when the first iterations are launched, planned for the beginning of 2023 on the islands of the Frioul archipelago, in Marseille. 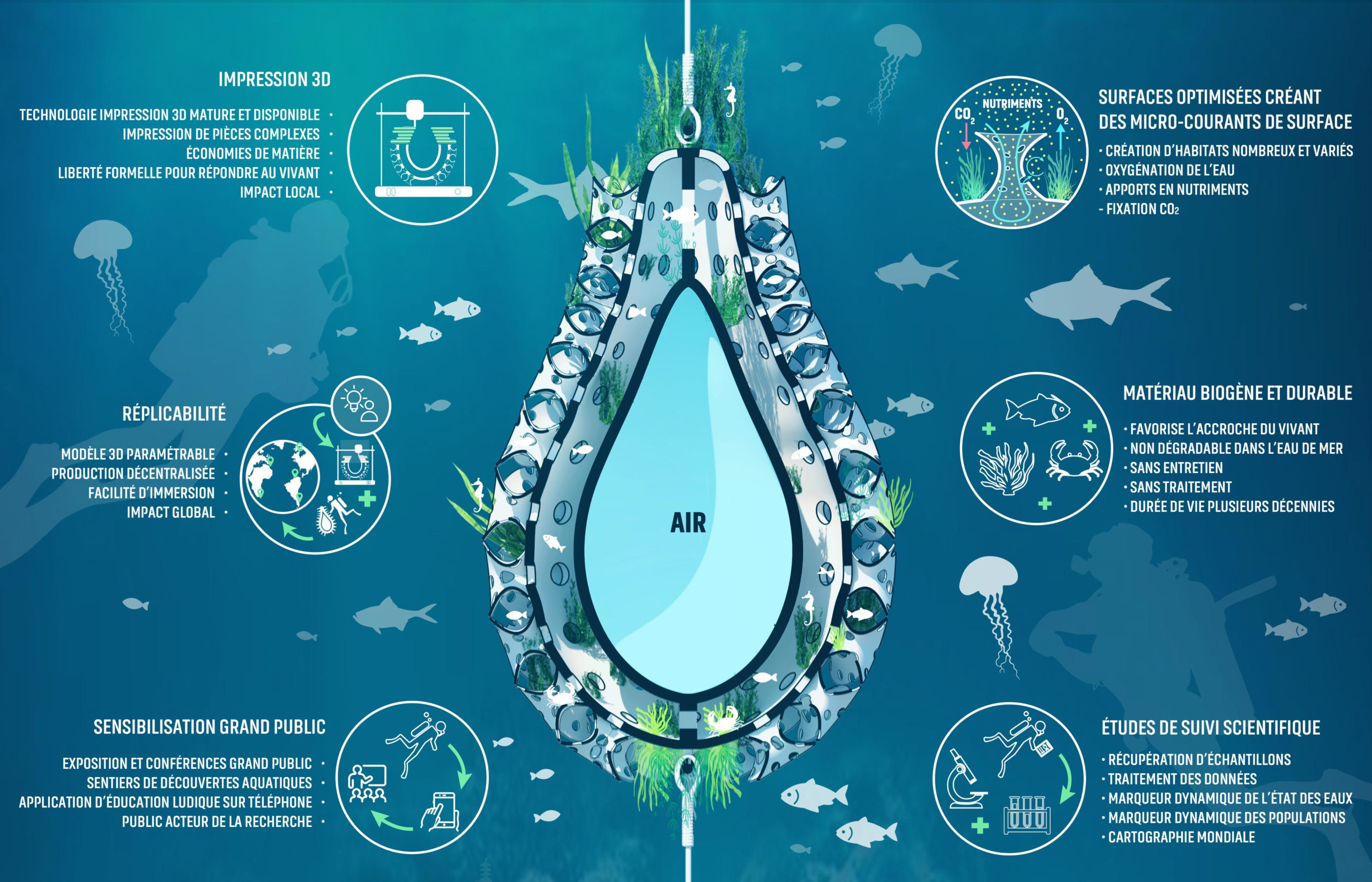 September 2022 : Unveiling the first prototype to the Sail GP crews! 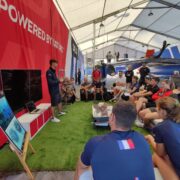 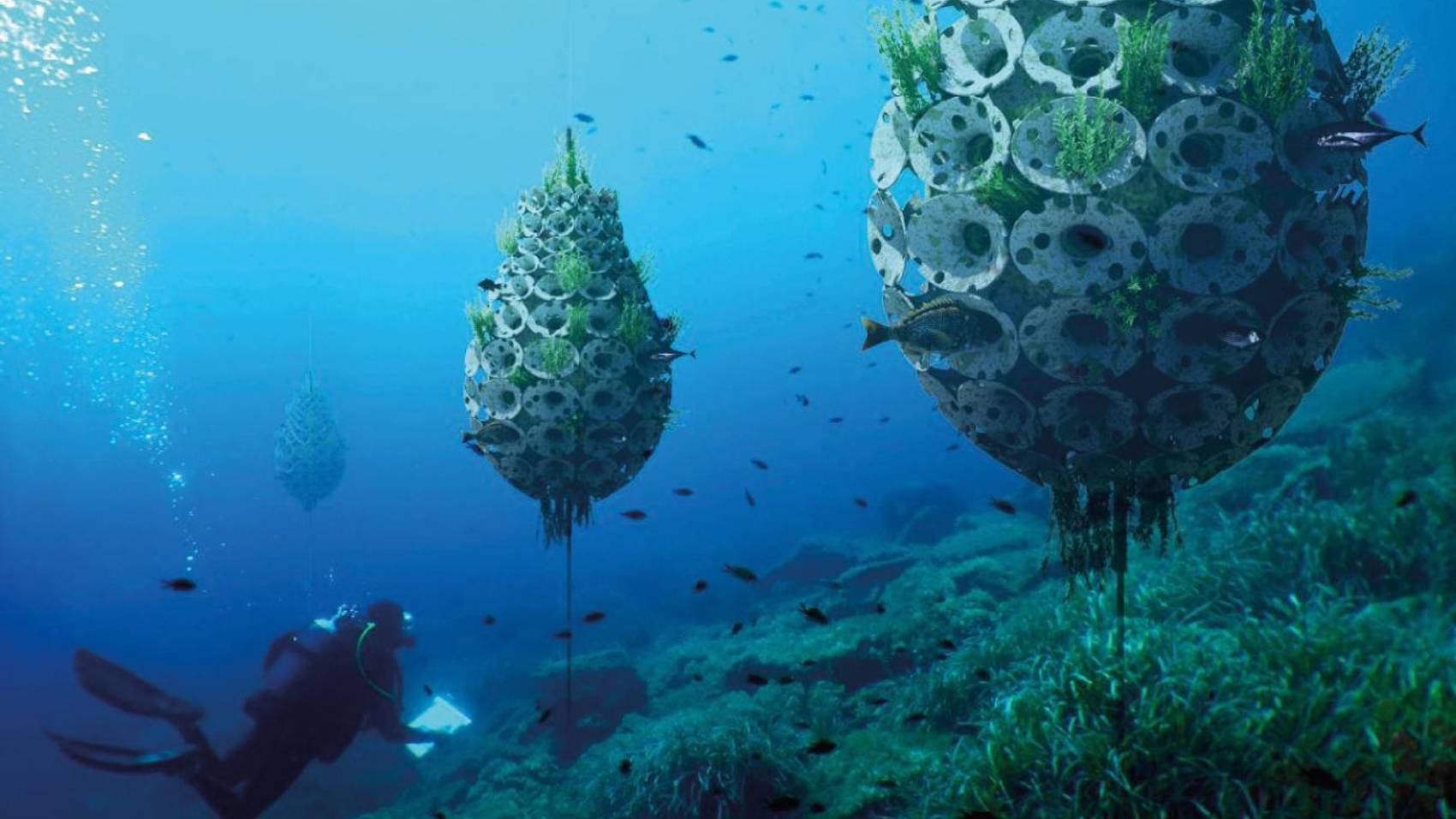 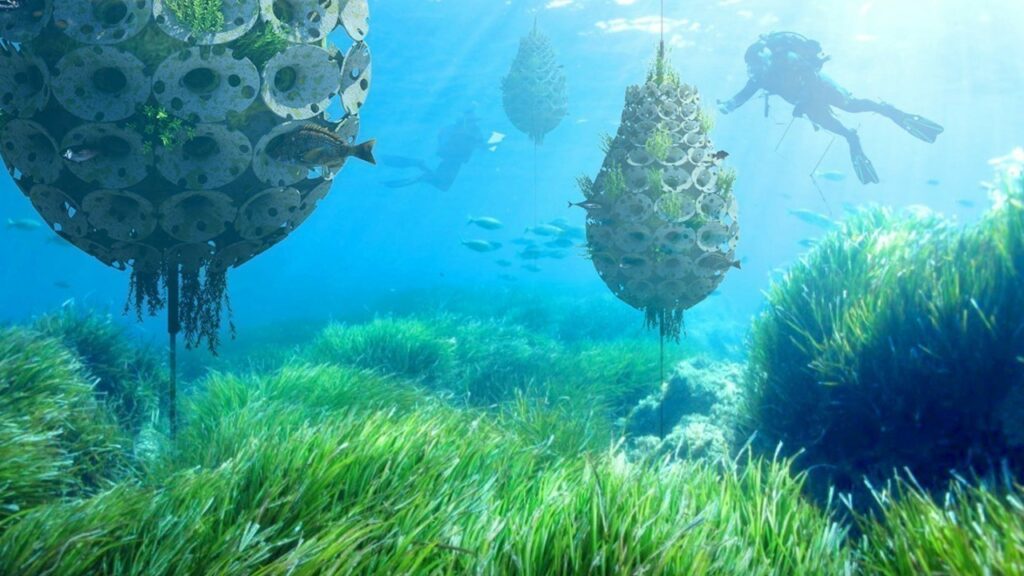 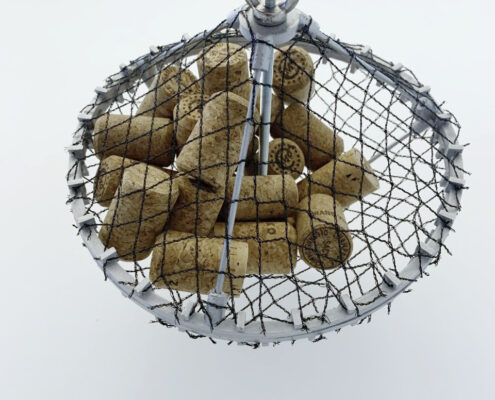 One of the thirty reef’s modules 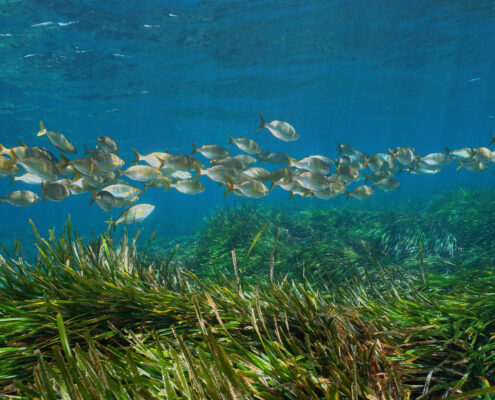 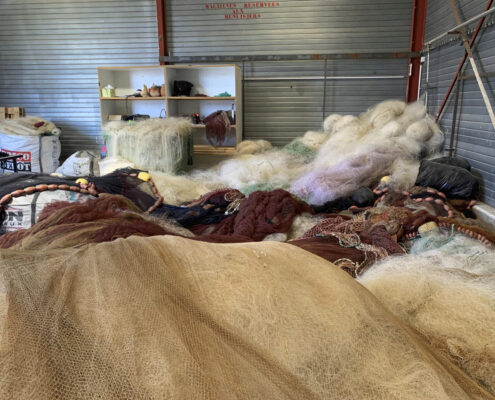 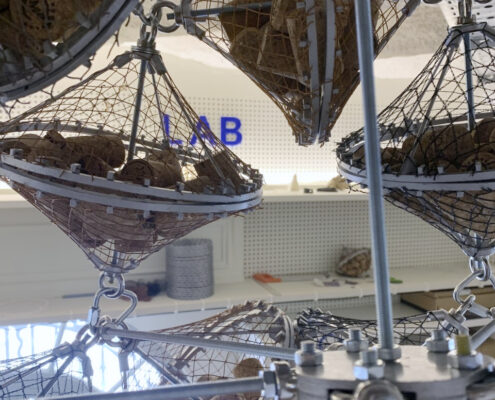 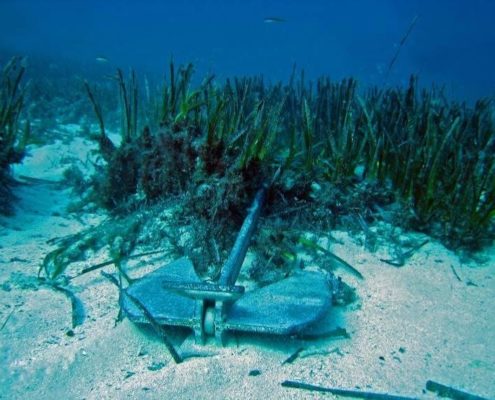 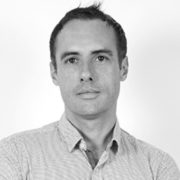 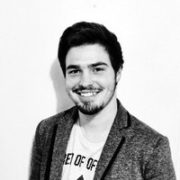 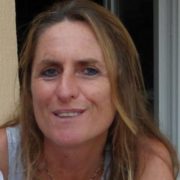 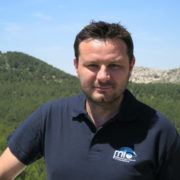 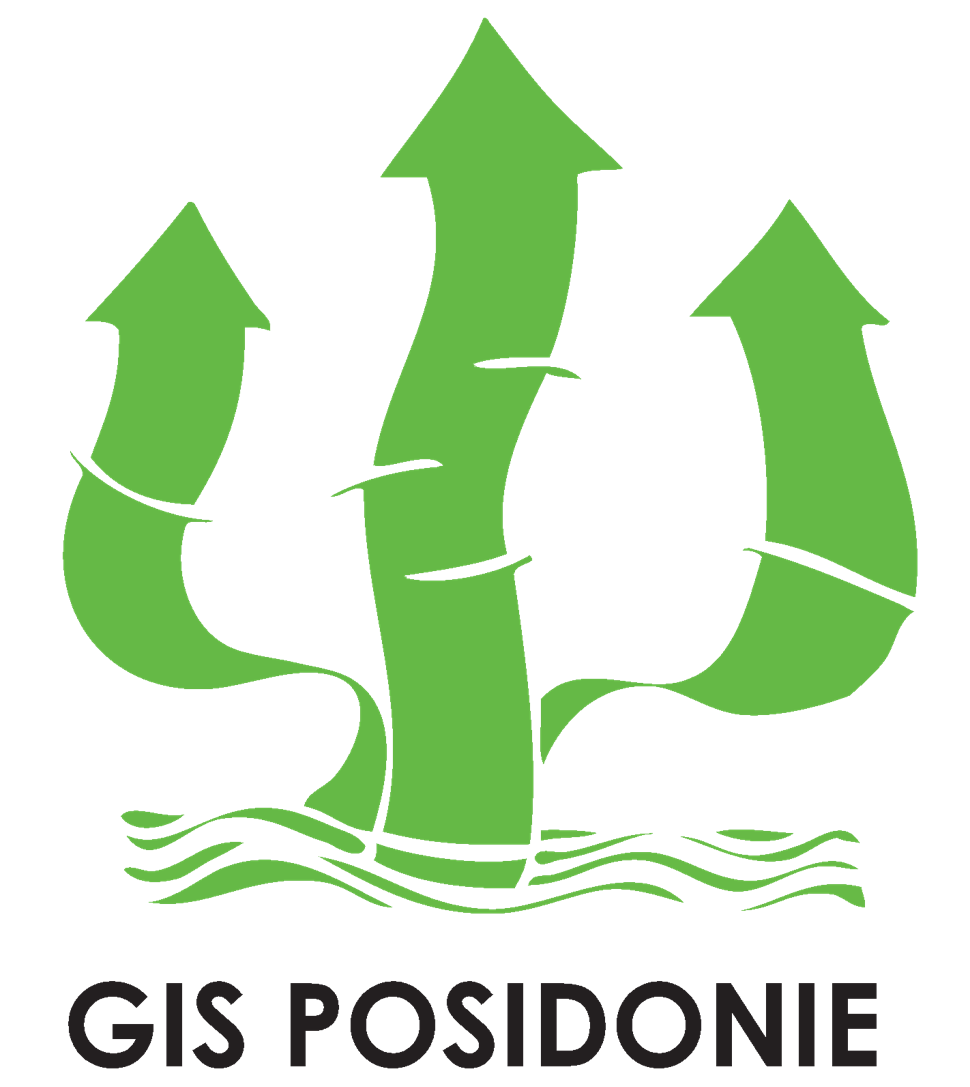 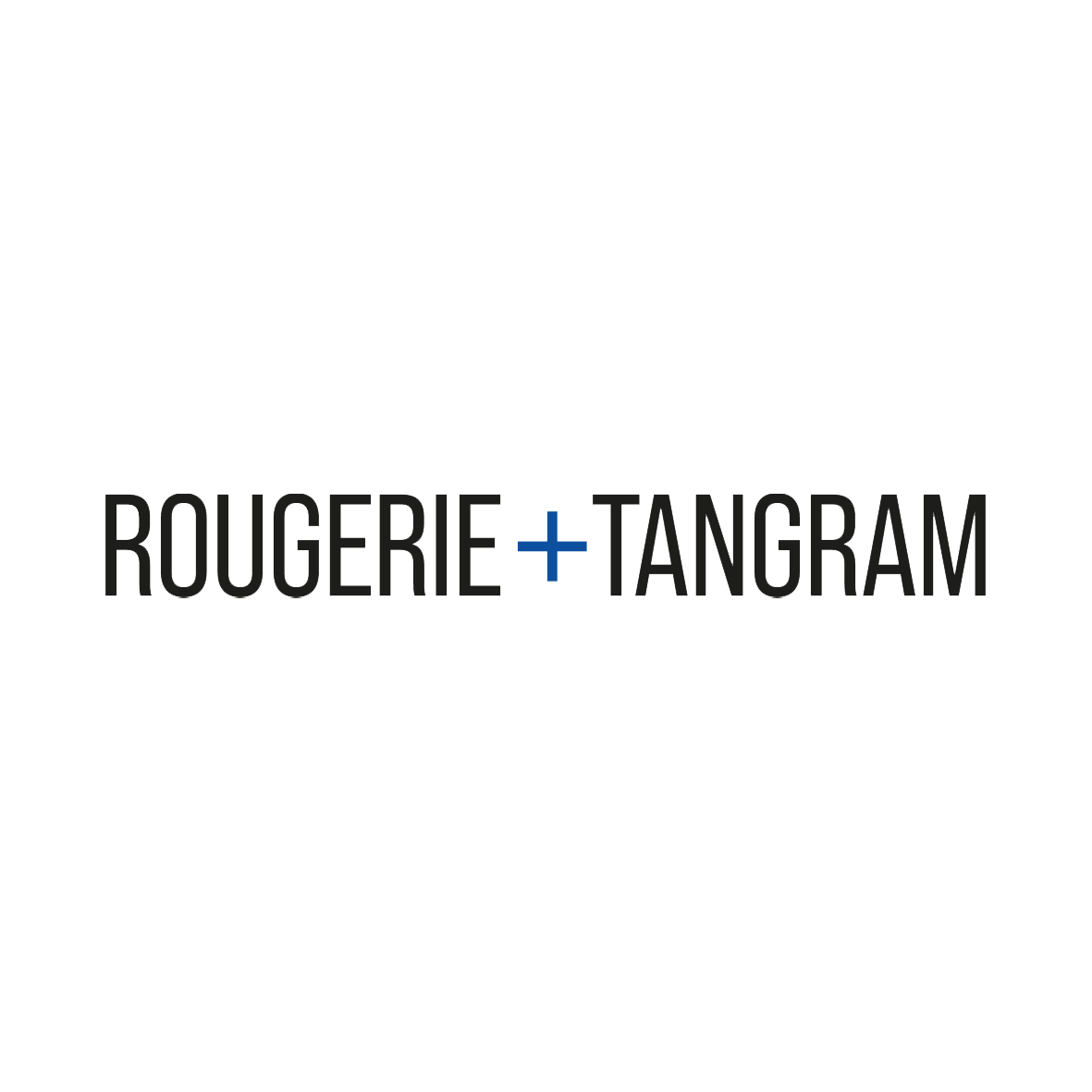